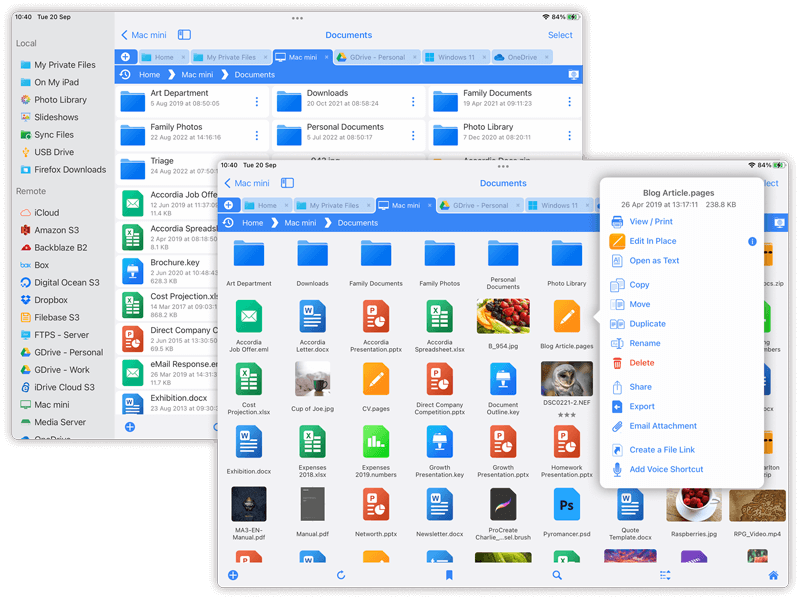 Works Great and a Great Value!

I've used FileBrowser for years...previous reviews periodically disappear so I write new ones because this app is the best! I use FileBrowser to view and move files/photos on my iPad, iCloud, OneDrive, PC, and NAS. Not only has it always worked flawlessly but the developers keep updating it for no extra charge! Recently they added tabs...most other app developers would have released that feature as an in-app purchase. Tech support is great too...I've reported a couple of minor bugs over the years and always received a reply within a day or two. Buy this app...you won't regret it!.

FileBrowser is available for download on the iOS AppStore.